No, not again.  I can feel it. The trigger. I was doing so well. What happened? Okay, think about all of your blessings. Practice gratitude. You got this Dom. You got this. You…

I usually run into the bathroom at work before the tears begin to travel down my cheeks. This feeling always finds a way to sneak up on me. I absolutely hate this feeling.  The feeling of confusion, fear, and defeat.  Caused by over-thinking and the lack of patience. Leading to anxiety and panic attacks. Then, I am left with guilt for feeling this feeling in the first place. This is what goes on in my mind. This is the cause of the dis-ease in my temple.  And what annoys me the most, is the fact that I know I have the power to control it.

I suffer from depression. I hate saying that word. I feel like every time I say it or think it, I am giving it power to control me. So many times I feel powerless. When depression hits, I am unable to get out of bed to do the things I love or just be present. Thinking and not living. One trigger comes from work. I am not working in a place where I love or simply enjoy what I do. I spend most of my days in a place I actually hate. Wait… strong word. I spend most of my days in a place I strongly dislike. I am not learning skills or progressing in any areas I need for the things I want to do with my life. I never saw this happening. However, I do not regret my current situation because it is all part of my process to becoming (or reawakening to) the person I am meant to be. I take accountability for my choices because at the end of the day, the Universe gave me what I ASKED for. I was chasing money and benefits and I got just that. I am grateful for it and know there are others that would love to be in my shoes. However, at the end of the day I pushed my passion to the side.  I am a creator and stopped creating. I believed that a 9-5 would bring an easier life (which it did for me) but it didn’t give me a happier life. I realized that, for years, I have been seeking relative happiness instead of ABSOLUTE happiness. The happiness you find within. Therefore, I am thankful for this process for reminding me how important living is. How important passion is. How important it is to feed your soul.

Mental illness is a topic that continues to surface on my timeline every day. I know that I am not alone. However, knowing that doesn’t make me happy either. What I want is to be part of the solution that leads to the end of mental illness, holistically. I know that ultimately we have to work within. However, another trigger comes from what I see happening all over the world. I can’t even turn on the news anymore. It feels like I absorb so much energy from what I see and it’s overwhelming.  I want to do more to help. I know that one day I will be able to help. I want to heal other beautiful souls, help build a stronger and more unified community. But first, I must heal myself. Which I have been doing. I have been using various tools from my journey starting in my late 20’s. Focusing deeply on my spirituality (without my strong connection to God, I really don’t know where I would be right now). One of the mechanisms I use to help me during my moments of depression, is reminding myself that my current situation is not the end-all-be-all. I have to remind myself to see the bigger picture.  I have to remind myself to stay focused, be patient, and never forget to be present. I know it’s a work in progress. Life is a work in progress.  I’m a work in progress. I am ever-changing. Always evolving. I am in my cocoon right now and I accept this fragment of my life.

I want to be more transparent with you and myself. It’s hard to share this because I have always been strong, never showed weakness. However, I am learning that there is strength in vulnerability. To be open to your own truth. Self-realization is a big important step towards healing. I’m learning how to be in a relationship with myself and love myself to the fullest so I can be a better servant to the world. And together, if we help one another, the possibilities are endless. The future is bright. We can reawaken and ignite the power we hold within.

Below are some words you can use after “I AM.”

What is happening and has been happening to us for years is heartbreaking and depressing. However, I’m using this to push myself even harder. My success in all areas in my life will make a difference. 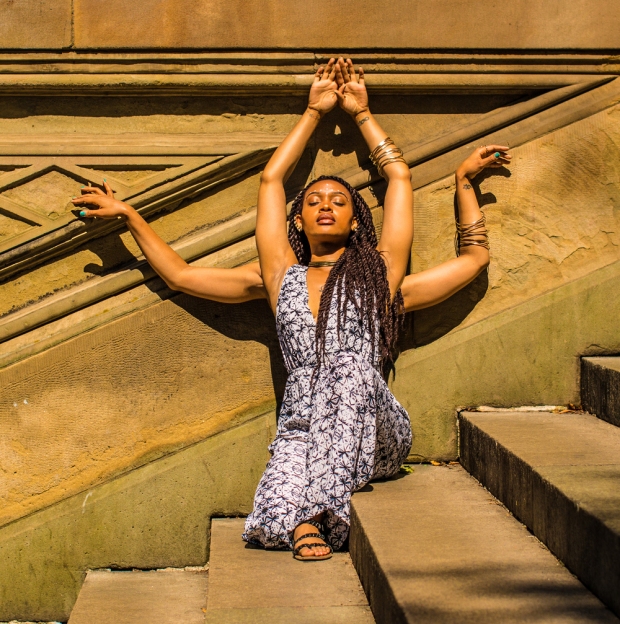 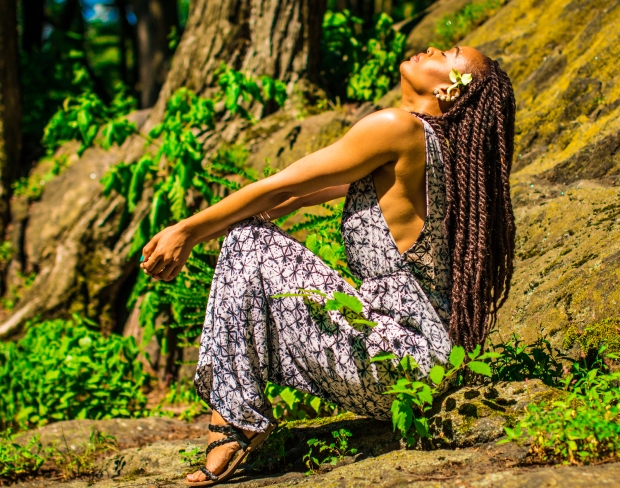 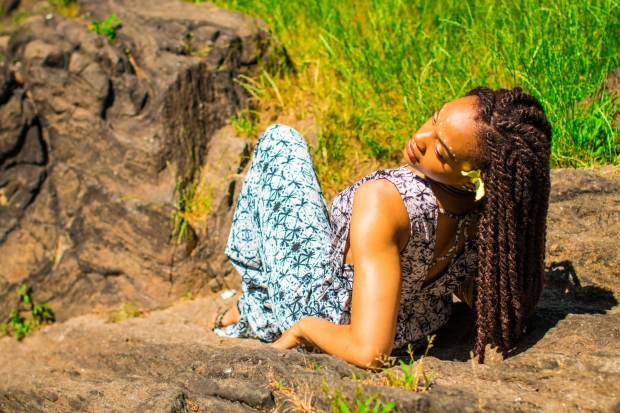 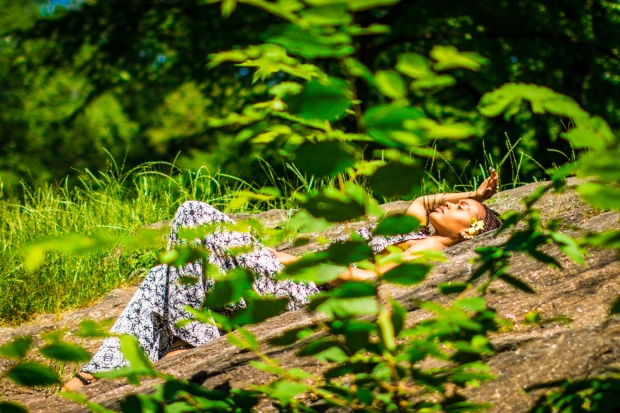 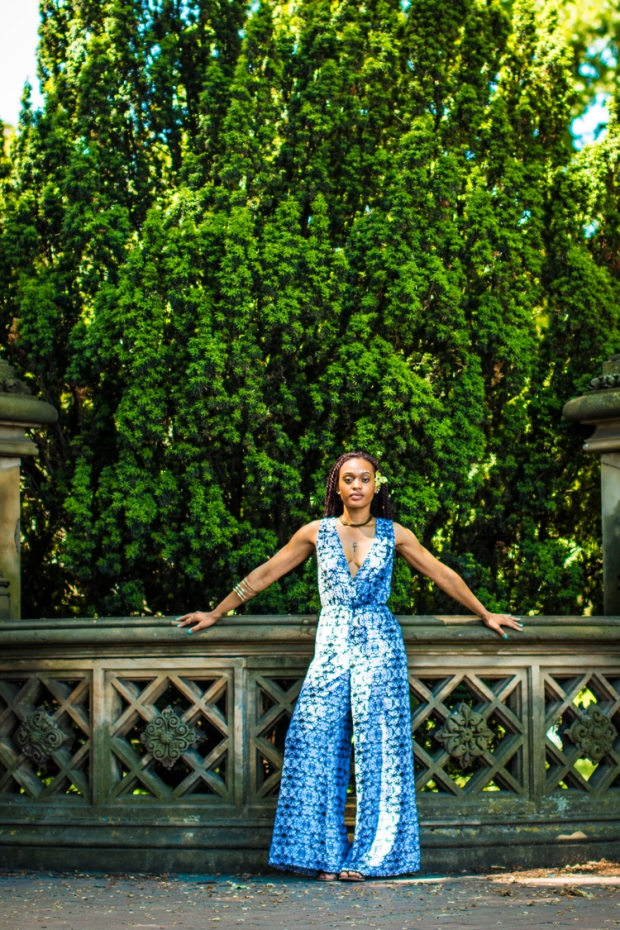 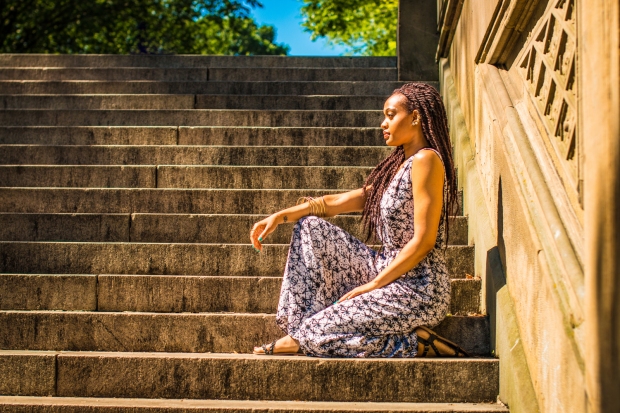 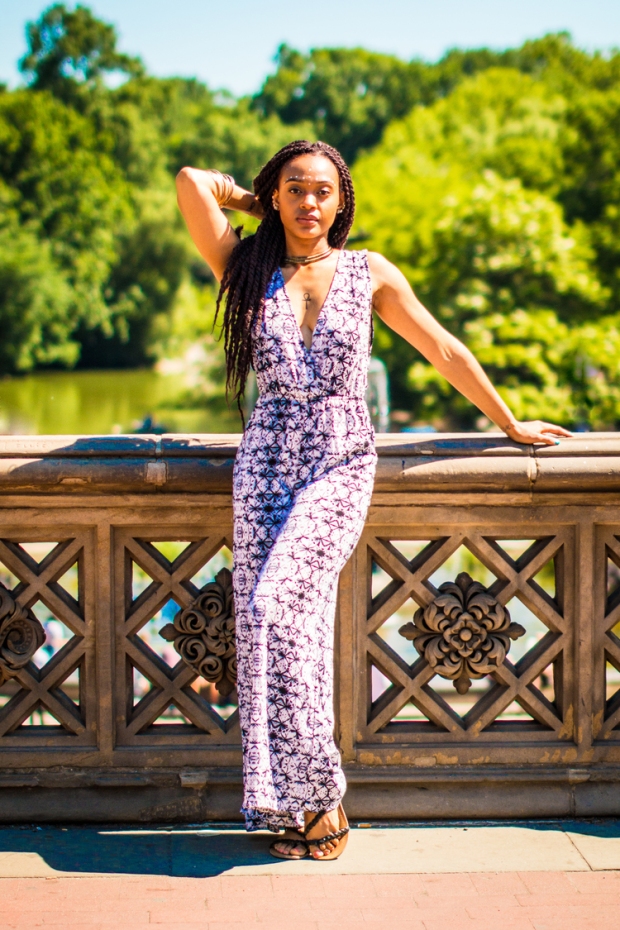 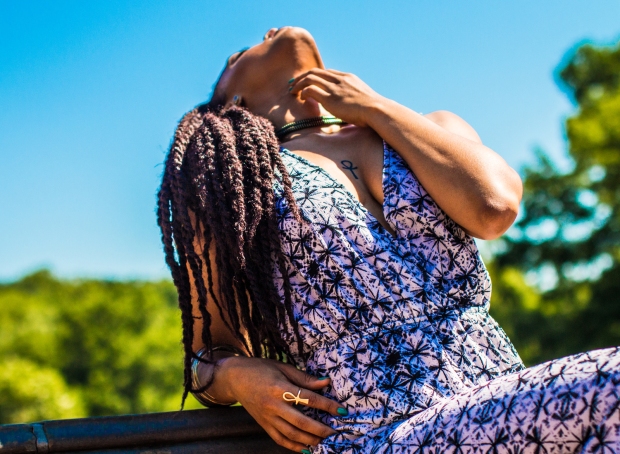 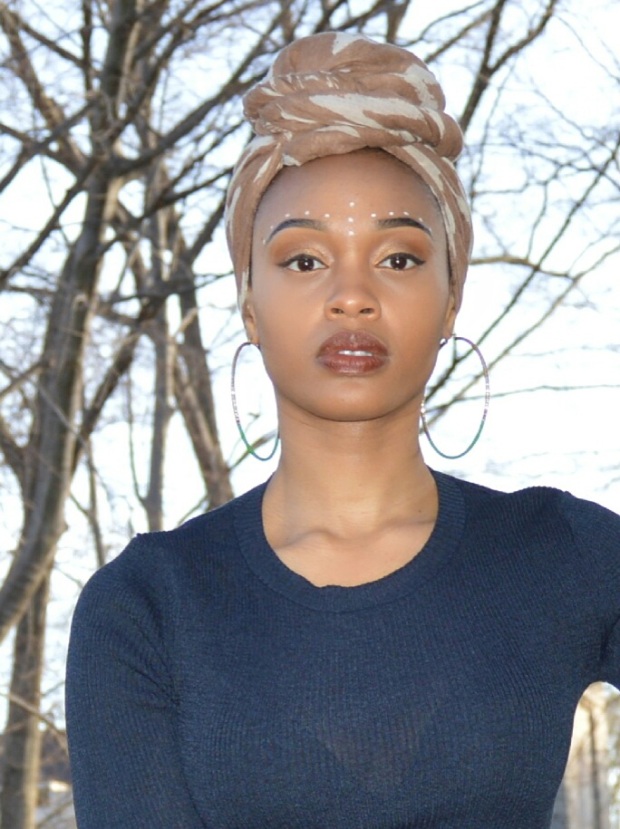 Hey beautiful Souls – It’s been awhile!  A lot has been going on in my life.  I needed some time to gather my thoughts and recharge (I will definitely write a separate “update” post). In the meantime, I wanted to share some photos from a photo shoot.  These images have been sitting in my computer since April!  Not cool Dom! 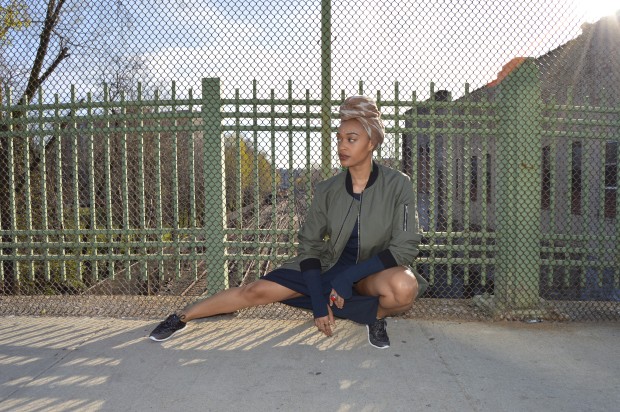 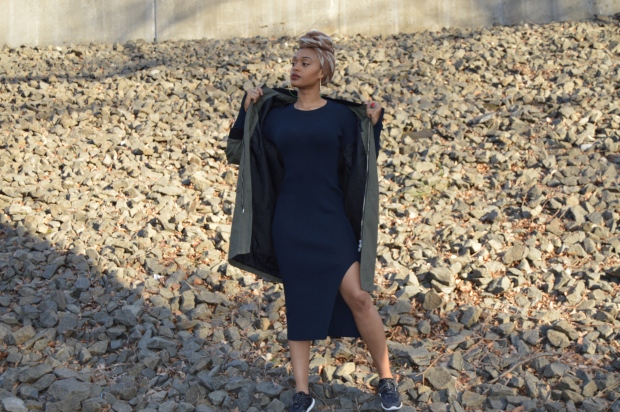 Was it fate? I feel as if I was destined to share time and space with an amazing group of talented individuals. What a magnificent gift the universe presented me with this past weekend! Blissfulness and peace combined in what was a bountiful spiritual experience.  August 8, 2015: The addition to the archives of my soul’s greatest memories.

I always wanted to model, yet I gave up years ago after facing many closed doors. Clearly, I was not built tough or strong enough to deal with the “no’s.” Not really obsessed with the idea, but excited about the thought, I decided to submit my photos to an artist, by the name of Young Paris, after seeing his “model search” post on Facebook.  Believe me, I was already mentally prepared for the “no.” However, I never thought about being unprepared for the “yes”.

When I received the message, “are you available on August 8th?”, I had to read it twice before I became ecstatic!  “Yes. I’m available!” I shouted. I realized, in that split second that no one could hear me.  Then all of the negative thoughts commenced and began doing circles in my mental.  They ranged from: Am I good enough? Was this a mistake? Suppose I mess up and waste his time? Talk about self-inflicted mental abuse!  It took me a while before I responded. I just was really not prepared for the “yes”. Subsequently, I remembered why I even started this blog – to encourage, to motivate, and to remind other over-thinking individuals (like myself) to let go and let God and just live!  After that self-reminder of my new life anthem, I responded to his request. It was not until the day of the video shoot that I realized that this experience will be more than just playing a role.  I realized that, on that day, the universe was going to bless me with a spiritual reward: not necessarily tangible, but definitely attainable.

Surrounded by God’s work, listening to nature’s language and working with a talented cast had me in awe. I found it so beautiful to witness Young Paris involving his family into his vision. Being around an artist, a musician and creative director, dancers, a videographer, designers, and make-up artists, had my creative juices flowing! I wanted to sketch, dance, practice yoga and meditate.  The feeling was so overwhelming.  There were sporadic moments where I spoke to God.  I expressed my gratitude for being present in that very moment. When the shoot was over, sage was lit and thanks were given to the Highest Power. We headed to Young Paris’ mother’s house. His mother cooked an amazing dinner and the cast was entertained by Young Paris and his family. They commenced to play the African drums. *Silent break*. This was when my emotions took over. I started to tear as I heard each sound from the drums. Each beat matched the rhythm of my heart and the sound of home that was taken from my ancestors.

It was at that very moment, whilst listening to the beat of my culture, I realized that I was destined to be there! My path led me there! The purpose of the shoot was not for me to realize my dream of being a model. The purpose of the shoot was to become richer from God’s natural resources, to connect with nature and other beautiful souls. I knew that no matter what, I would definitely take something from this experience.

History begins with yesterday and it is up to me to make sure that I incorporated what I know about my Caribbean culture and recreate my Afro-Caribbean culture.  My future family will remain grounded and will be knowledgeable about their culture. I will provide them with a platform to be creative and expressive.

As they were kidnapped and brought to the Americas, my ancestors were told not to sing their songs or beat their drums. They were programmed to believe that everything about their culture, appearance, and language was dreadful, unattractive, and uncanny. They were stripped of it all and forced to forget everything about their history. Fortunately, I live in a time where we are proclaiming our song and beating our drums again! I will recreate the culture that was stripped from me and study the history that was hidden from me. I will sing my song and move to rhythm of the drums.  And our history – African history – this planet’s deep history will thrive! 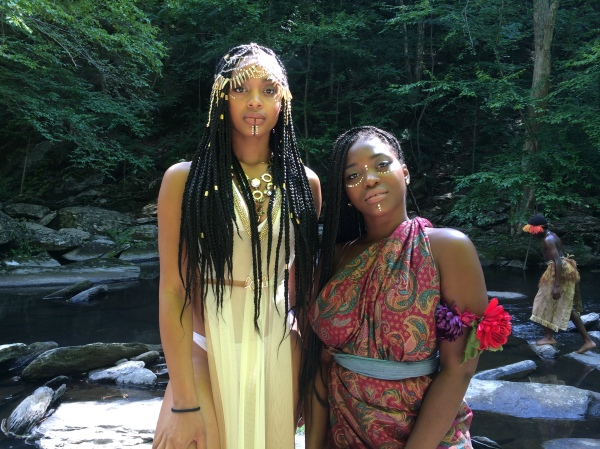